WASHINGTON — President Obama said Thursday that he would deploy up to 300 military advisers to Iraq to help its struggling security forces fend off a wave of Sunni militants who have overrun large parts of the country, edging the United States back into a conflict that Mr. Obama once thought he had left behind.

Warning that the militants pose a threat not just to Iraq but also to the United States, Mr. Obama said he was prepared to take “targeted and precise military action” — a campaign of airstrikes that a senior administration official said could be extended into neighboring Syria.

Mr. Obama’s robust military moves — coupled with his pointed warning to Iraq’s Shiite prime minister, Nuri Kamal al-Maliki, to quell his country’s sectarian fires, and his announcement that Secretary of State John Kerry would embark on a diplomatic campaign — opened a risky new chapter in the president’s reluctant engagement with Iraq.

Having captured the presidency in part because of his opposition to the Iraq war and his promise to wind it down, Mr. Obama is now returning American soldiers to an unresolved conflict. After struggling to steer clear of the sectarian fault lines that divide Iraq, he is now plunging into yet another effort to unite a fractured country.

Holy Fucking Shit! It’s Deja Vu time again.
I’ve been out with a back problem lately and while I was blissed out on what passes for pain pills these days, evil reared its ugly head in the Middle East. I think I’m going to bliss out again until this all blows over.
When the hell will our evil geniuses invent the laser beam shooting drones that take out weapons but not people? Where is the research? We’ve got bigger and better bombs, but we can’t use them for whatever reasons, but we have no smart weapons. We are hurting for smart weapons.
I’d like to see these militants fight it out bare handed. No modern weapons. Sticks and stone style.
So maybe super smart laser beam shooting drones are a few years away. I don’t know why we have smart phones that follow your eyes on the screen and not gun neutralizers but I think we should have both.
How about in the meantime we just crop dust the whole region with MDMA. Just carpet bomb the shit out of these tweaked out gun wielding, Toyota truck driving madmen. They don’t really want to be fighting each other. They just have some severe Daddy issues. Nothing that a few weeks raving won’t cure, but we have to take action now, before the 300 American military advisers turn the whole place into a bad trip.
It would be awful and embarrassing to watch them all twerking like Mylie Cyrus, but at least they’d be alive. Is it chemical warfare if it doesn’t kill anyone? I lost my rule book. Can someone else look that up for me?
Is there anyone on Main Street who actually gives a shit about what happens in Iraq? I didn’t think so. Fuck this place. Let’s get the hell out of there before the rest of the nut bags join the fight.
Share
Posted in Collapse | Tagged Iraq | 10 Comments

On CNN, the plane rises from misty clouds accompanied by an eerie background score while anchors offer intriguing details — some new, some days old — of the disappearance of Flight 370. The reports, broadcast continually, often are augmented by speculation — sometimes fevered, sometimes tempered — about where the flight might have come to rest. And viewers are eating it up.

The story of the vanished Boeing 777 jet has been exhaustively covered across every form of news media, with television generally leading the way. Each of the broadcast networks began its evening newscast with stories on the plane every night last week, a consensus that happens “once a year at most,” according to Andrew Tyndall, who publishes a weekly report monitoring newscasts.

But it is CNN, the cable network that has been scrambling to find a sustainable business model against its main competitors, Fox News and MSNBC, that has perhaps invested most heavily in the mystery of Malaysia Airlines Flight 370.

via CNN’s Ratings Surge Covering the Mystery of the Missing Airliner – NYTimes.com. 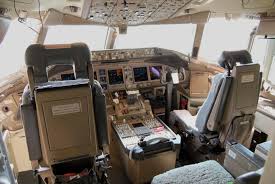 It’s comforting to know that in this day and age something as big as a Boeing 777 can disappear without a trace. It gives me such hope for my own plans.

The song Hungry Heart used to be just a song for me, now it’s a game plan. You know the line. “Got a wife in kids in Baltimore Jack, I went out for a ride and I never came back”. I take it to heart now.  It’s important to have Plan B tucked away for a rainy day. It keeps you sane and gives you hope in the dark times. These are some dark times.

But I don’t have any hope of finding these poor passengers alive on an island eating coconuts  with a volley ball friend. My fear is that they are sleeping with the fishes and it’s only a matter of time before someone finds a floating seat cushion.

I’d like to think that they were all abducted by a UFO. I’d actually love to hear that. All those years of watching UFO shows with nothing to show for it would be repaid in spades. I’m pulling for the UFO scenario. And if the plane is never found, then this is story I am going to believe.

It’s interesting to watch the news coverage of this event. There is no news and yet these champs can talk 24 X 7 about this missing plane. These jokers at CNN have some really wonderful special effects. I saw one segment where a guy was standing on what must have been a green screen. He was moving the virtual plane around with his hands. He was standing on an ocean and flying the plane with his fingers.  I am glad I wasn’t tripping or I’d have been hospitalized forever. I wonder if Syd Barrett saw men moving planes with their fingers. The virtual news has sure come a long way.

I’m just glad the NCAA tournament is starting up. It’ll take some of the heat off of this story.